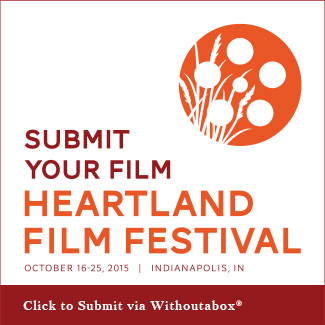 New in 2015, the Heartland Film Festival will feature a cash prize for its Indiana Spotlight competition winner, with a total prize of $5,000.
Submissions from the Narrative Feature, Documentary Feature, Narrative Short and Documentary Short categories that meet the eligibility requirements and hold their U.S. or World Premiere at the Festival will be in competition for the prize.
Films must meet two of the following three criteria for eligibility (proof is required):
Films competing for the Indiana Spotlight prize will remain in competition for other prizes, assuming all eligibility requirements are met.
Interested filmmakers can submit independent films now through the final May 29 deadline.
Share. Twitter Facebook Google+ Pinterest LinkedIn Tumblr Email