About the film: Rebecca is one of the world’s top war photojournalists, capturing dangerous and chilling images in the most dire landscapes, all in an effort to shed light on the real cost of modern war. But she’s also a wife and mother, leaving behind a husband and two young daughters every time she travels to a new combat zone. After a near-death experience chronicling the ritual of a female suicide bomber, husband Marcus levels an ultimatum: give up the dangerous profession or lose the family she counts on being there when she returns from each assignment. Yet the conviction that her photos can make a difference keeps pulling at Rebecca’s resolve, making it difficult for her to walk away entirely. With an offer to photograph a refugee camp in Kenya, a place allegedly so safe that daughter Steph is allowed to join her, Rebecca comes face to face with just how much she risks each time she steps back into the fray. 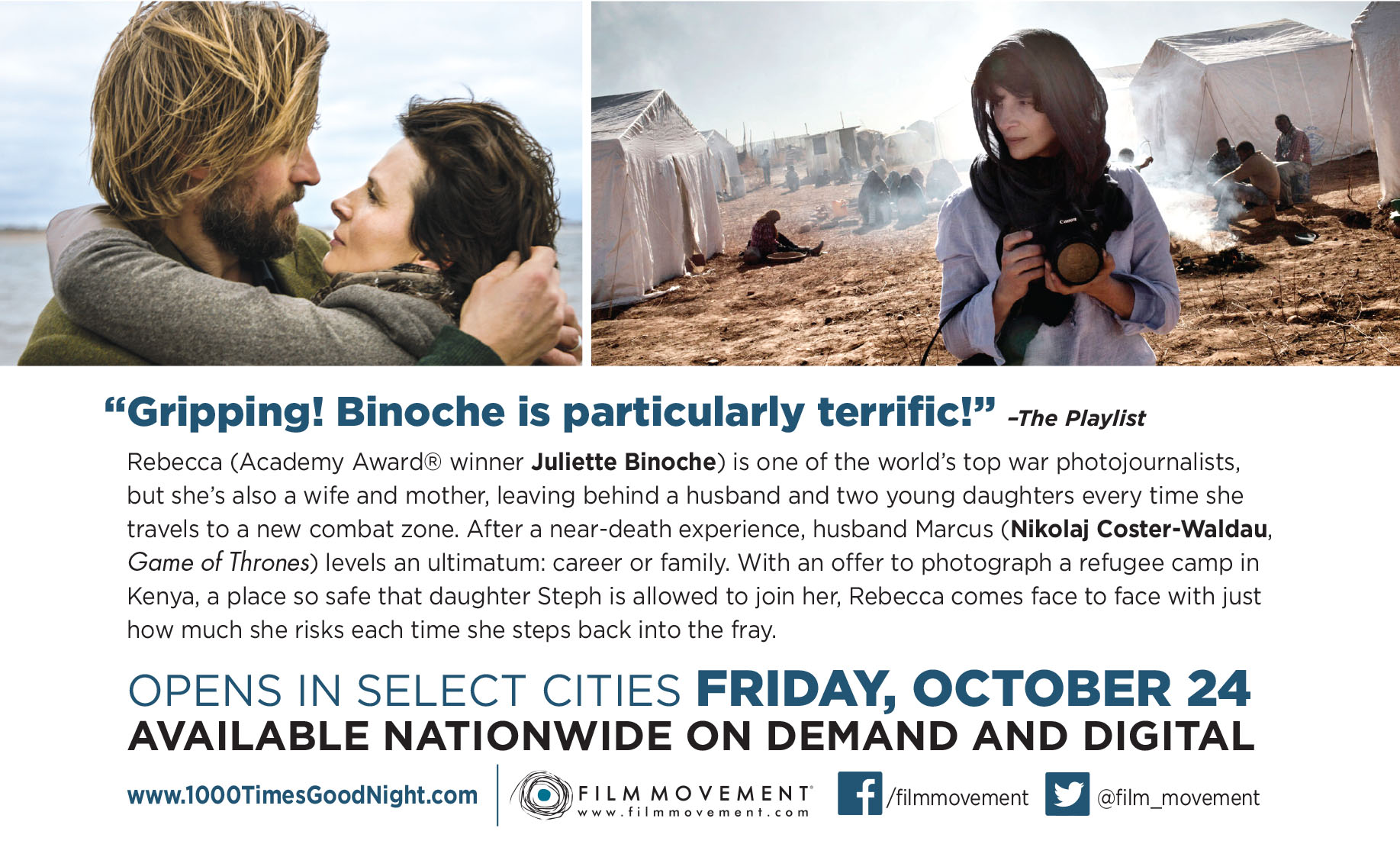